Although I know Barcelona, I never though that Barcelona is so crowded and beautiful. When my airplane approaching El Prat Airport, I should say big WOW! The city is so beautiful; the city is laid along the Mediterranean coastline with blue sea, clear water and glossy sand beach. After landed I then follow the direction to subways (underground train), which is almost similar to London Tube in the UK. I enjoy took this underground train from Airport to Catalunya, where I have book a bed in a small hostel at La Rambla. I do not need to worry much about where I should get off from the train because I’ll be guided by train route placed in the cabin. I need to look at red indicator lights on the train route map. When red light already is off, means the station already passed, but when the light is illuminate means the train is moving toward next station, and I’m wait for my turns to get off.

Since morning to night La Rambla are so crowded with people. Yes, it is July, it is summer and it is great time for vocation. I can see that people hare are from various countries and I can hear various languages spoken here. I will stay here for next three days, and I have listed some places to be visited after attending a conference at the University of Barcelona. For most people, Barcelona is identical with football because Barcelona FC, one of world best football clubs based here. The nuance can be seen clearly here through many posters and billboards placed in the city. It looks like Barcelona FC has great influence to the people here.

However, Barcelona is also a city of artists; it’s full of great street artists, which can be found along La Ramba Street in Catalunya. I’m so excited to see many street artists here with their amazing works. They are great artists who demonstrate their skills within only 5-10 minutes to paint your face, paint a couple portrait, or natural landscape. They even could paint detail of your face like a photo produce in a digital camera. You can have it for about 10-20 Euros. Most of them use pencil, crayon, and airbrush, but some other use water and oil paints for different painting subjects on canvas, white papers or glossy papers. For almost two days I spend some moments there and watching how the artists works. They mostly inspired by nature and sports around them as I can see their works are dominated by nature and sport themes, and Barcelona and the players are the most favourite subject on sport themes follows by Real Madrid FC, Manchester United FC in the UK and some other sport figures in Tennis, MotoGP and Formula 1. Their works are demand; many tourists who pass along La Rambla street bought their works, and some even order their own figure to be making over by the artists for about 5 Euros each.  I actually want my face to be caricaturised but I don’t have enough time to queue, I can only give my picture to one of the artist there and I’ll get it back before leaving Barcelona.

This site uses Akismet to reduce spam. Learn how your comment data is processed. 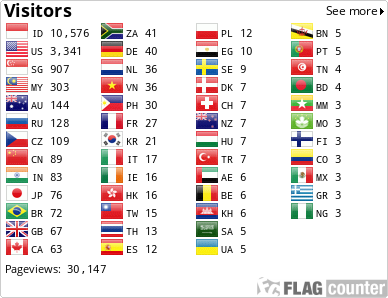